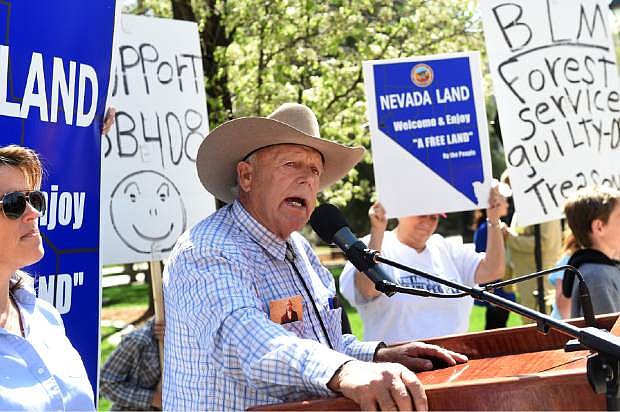 Nevada rancher Cliven Bundy, center, addresses the crowd after arriving at the Nevada State Legislature building to rally behind a bill seeking to reclaim land from the federal government Tuesday, March 31, 2015, in Carson City, Nev. Bundy garnered national attention a year ago when he and armed supporters engaged in a showdown with federal authorities. (AP Photo/The Reno Gazette-Journal, Jason Bean) NO SALES; NEVADA APPEAL OUT; SOUTH RENO WEEKLY OUT