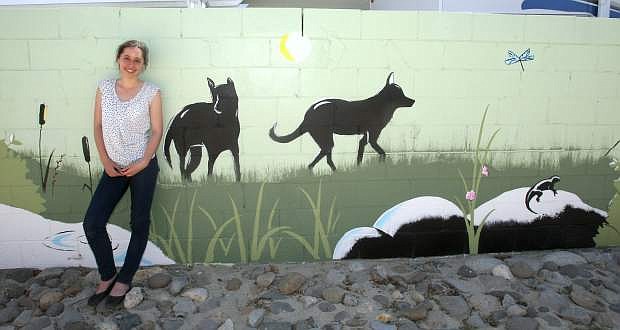 Carson High School senior Erica Gallegos leans against a mural she painted on a cinder block wall by the Fulstone Wetlands park.