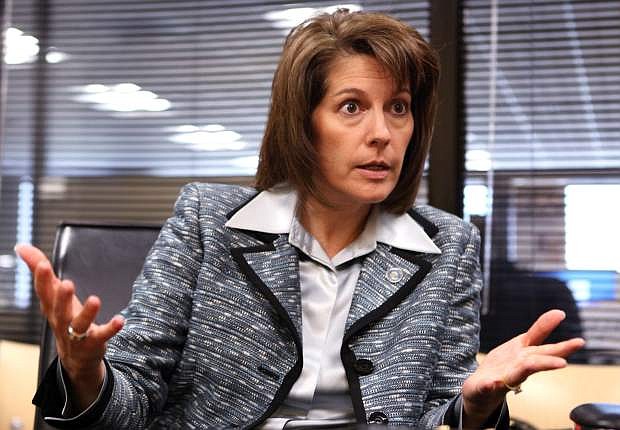 FILE - In this Sept. 24, 2012 file photo, Nevada Attorney Gen. Catherine Cortez Masto speaks to an editorial board at the Las Vegas Sun offices in Henderson, Nev. Masto announced Wednesday, April 8, 2015, that she will run for Harry Reid&#039;s Senate seat in 2016. She says she left her new job as the executive vice chancellor for the Nevada System of Higher Education on Tuesday to launch her campaign. (AP Photo/The Las Vegas Sun, Leila Navidi,File) LAS VEGAS REVIEW-JOURNAL OUT