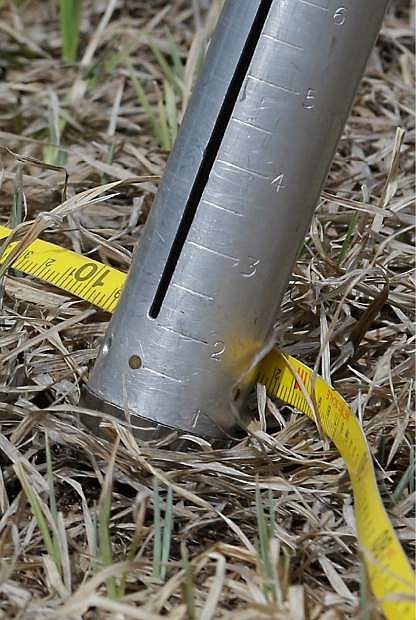 The snow pack measuring tube and tape measure used by Frank Gehrke, chief of the California Cooperative Snow Surveys Program for the Department of Water Resources, is shown after the monthly snow survey&#039;s held near Echo Summit, Calif., Wednesday, April 1, 2015. Gehrke said this was the first time since he has been conducting the survey at that he found no snow at this location at this time of the year. (AP Photo/Rich Pedroncelli)