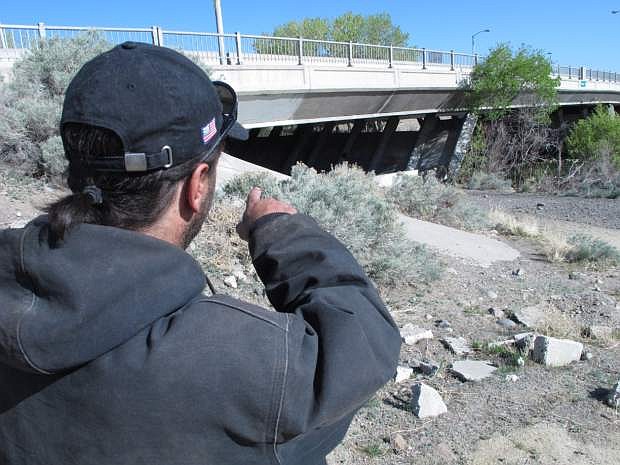 Robert Wynters points to the spot where he says sheriff&#039;s deputies seized the belongings he and other homeless people had stashed for safe keeping beneath a bridge over the Truckee River on the east edge of Reno, Nev., on April 17, 2015. Wynters, 42, has filed a lawsuit in U.S. District Court accusing Washoe County of confiscating and destroying his property without prior notice or due process in violation of his constitutional rights. (AP Photo/Scott Sonner)