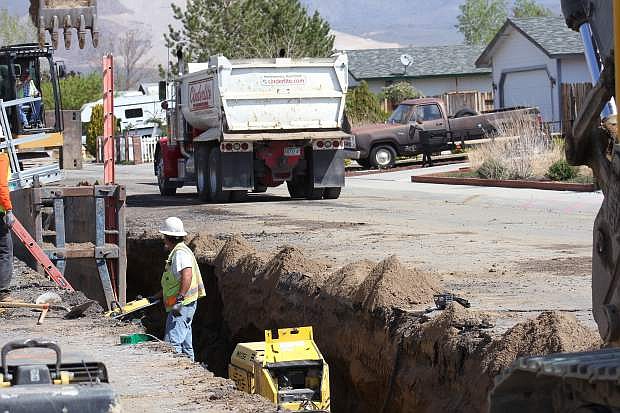 Construction workers dig a trench Monday on Occidental Drive in Dayton to put the new sewer lines in that will replace the old septic tanks.