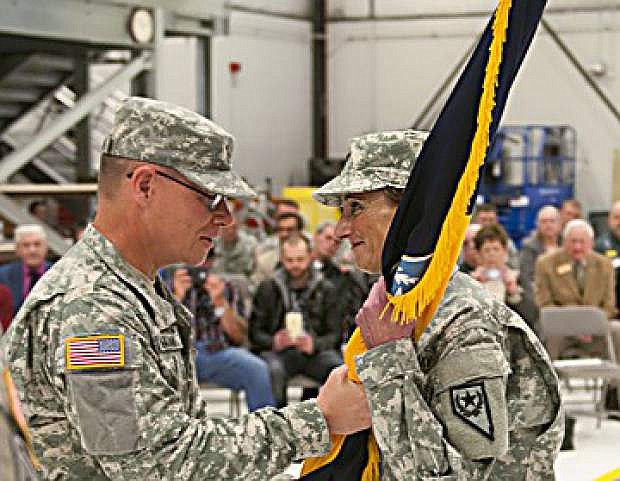 Brig. Gen. Michael Hanifan hands the colors off to Col. Joanne Farris, signaling the change of command for the 991st Multi-Functional Brigade. Farris is the first female brigade commander in the state of Nevada.