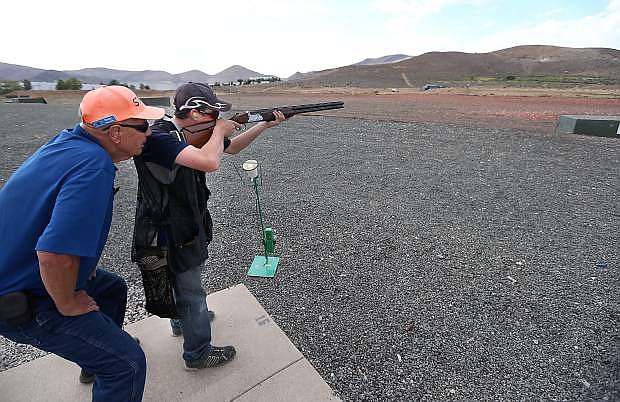 Coach Rusty Wolbers works with Robert Lamkin, 13, during practice at the Capitol City Gun Club, in Carson City, Nev., on Friday, July 11, 2014. This year&#039;s Youth Shotgun Championships will be held Saturday at the club from 8-4 p.m.