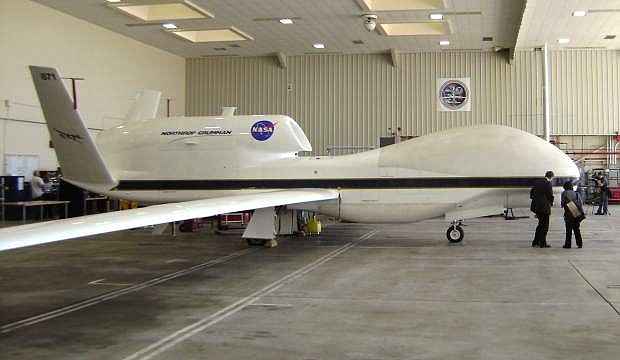 FILE - In this April 13, 2010 file photo, a NASA Global Hawk robotic jet sits in a hangar at Dryden Flight Research Center in Edwards Air Force Base, Calif. Nevada officials are gearing up for the arrival of NASA drones. The state is in final negotiations to allow the space agency to test unmanned aerial vehicles in Nevada airspace.(AP Photo/John Antczak)