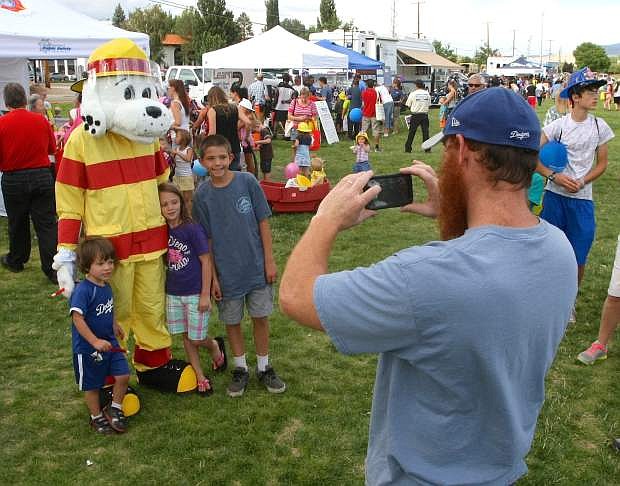 Trevor Rotoli snaps a picture of his children, Levino, 3, Sophia, 6, and Seth, 11, with Sparky at the National Night Out event on Tuesday.