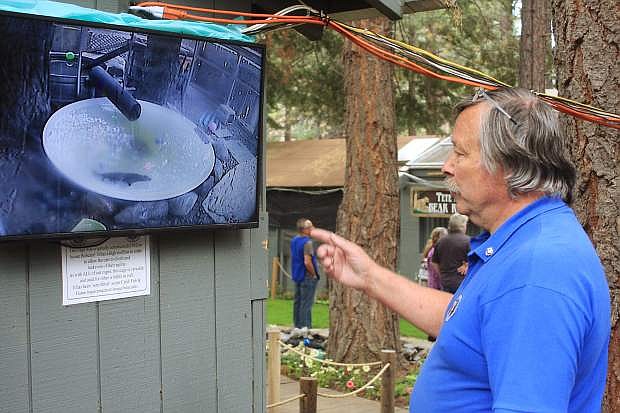 Lake Tahoe Wildlife Care co-founder Tom Millham explains the purpose of the display screens showing the river otter habitat during the nonprofit&#039;s annual open house on Sunday. The display screens allowed visitors to view the wildlife under care there while reducing the risk of increased human contact.