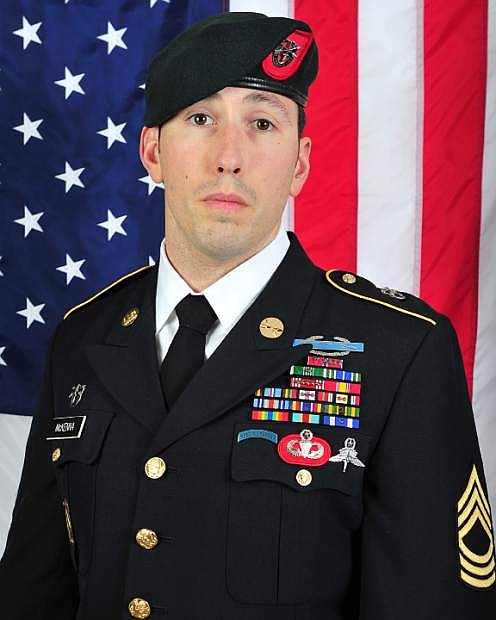 This undated photo provided by the U.S. Army shows Sgt. Peter Andrew McKenna Jr. An Army Green Beret from Rhode Island, McKenna was killed in Afghanistan about a month after he was honored at the historic Fourth of July parade in his hometown of Bristol, R.I. The 7th Special Forces Group to which he was assigned said Sunday that McKenna Jr., 35, died Friday in Kabul during an attack on a NATO facility. The Pentagon said he was struck by enemy small arms fire. (U.S. Army via AP)