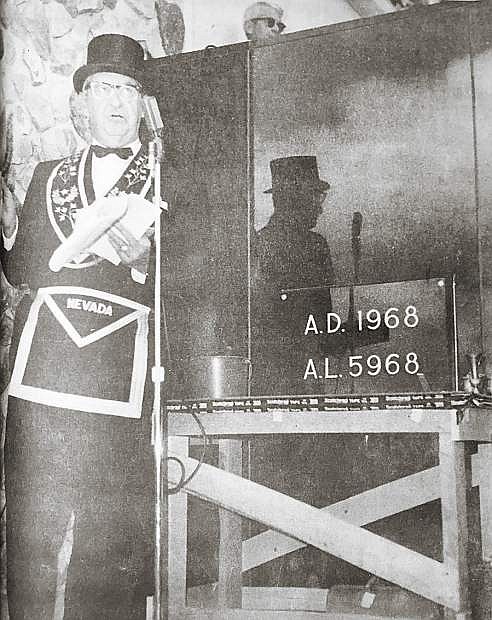 Harry M. Overbey, deputy grand master of the Grand Lodge F&amp;AM of Nevada, addresses persons attending cornerstone ceremonies dedicating the new Legislative Building. The ceremonies were conducted by the Masons, the same organization which held the ceremony for the State Capitol Building 100 years ago.