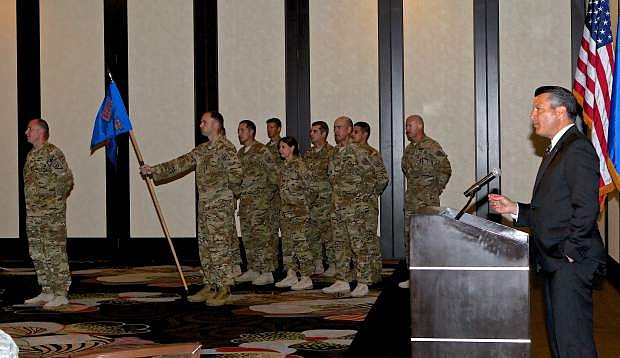 Nevada Governor Brian Sandoval addresses the crowd and the soldiers of Detachment 45 at a demobilization ceremony Friday at the Atlantis in Reno after their 14 month deployment in Afghanistan. Detachment 45 flew specially equipped King Air 300 aircraft out of Bagram Air Base as part of Task Force ODIN (Observe, Detect, Identify and Neutralize) up to 16 hours a day while they were deployed. Governor Sandoval lauded the soldiers for their exceptional service.