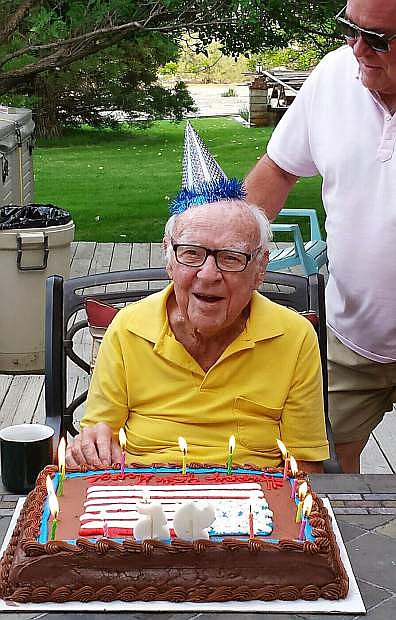 George Hampson gets ready to blow out the candles on his 95th birthday cake.