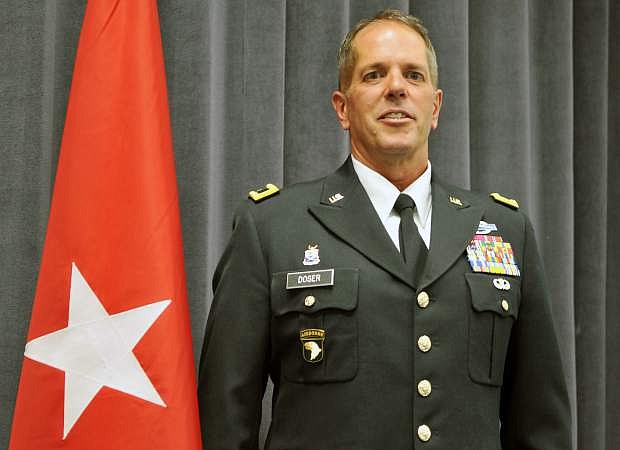 Zachary F. Doser, a Reno police detective and Nevada Guardsman, was pinned as a brigadier general Tuesday during a ceremony at the Nevada State Capitol in Carson City.