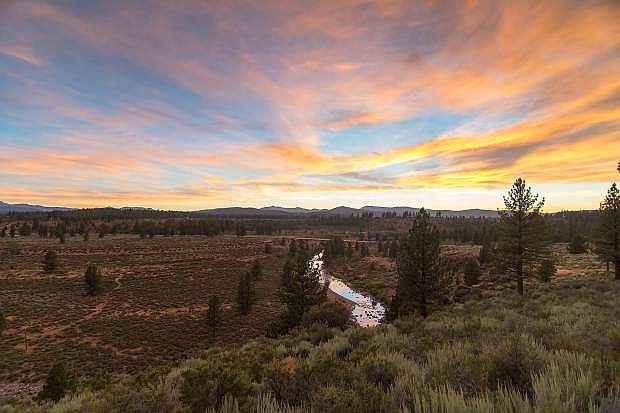 The sun sets above the Truckee River Legacy Trail in Glenshire on June 30. The impacts of the current California drought can be seen, as the stream&#039;s flow is much less fulfilling than years past.