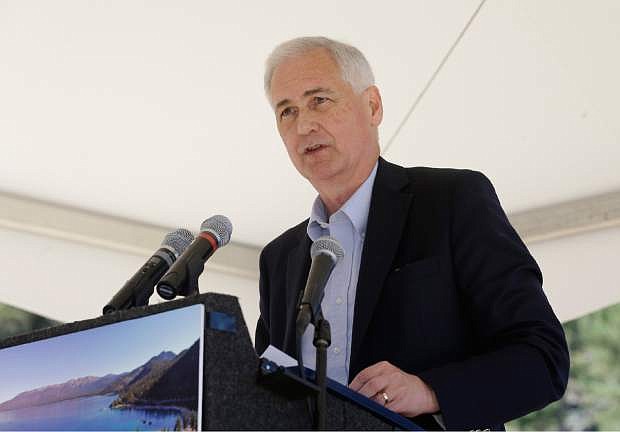 Rep. Tom McClintock, R-Calif., discuss the need for forest management to help reduce the effects of wild fires at the 19th Annual Lake Tahoe Summit at Zephyr Cove, Monday, Aug. 24, 2015, in South Lake Tahoe, Nev. The theme of the the two-day summit is &quot;Connecting Lake Tahoe&#039;s Environment and Economy throughout Innovation and Transportation.&quot; (AP Photo/Rich Pedroncelli)