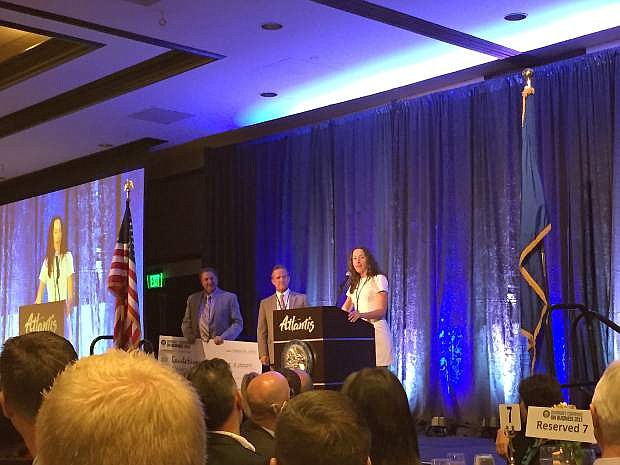 CEO of Coalition Snow, Jen Gurecki, addresses the crowd after being announced as the first place winner of the business pitch competition.