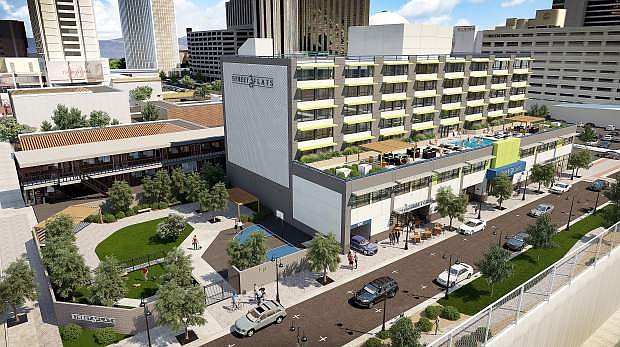 Basin Street Properties and Bentar Development released the artist rendering of their plans for The 3rd Street Flats, a 94-unit upscale apartmet complex in the former Kings Inn, which had been baorded up for 30 years.