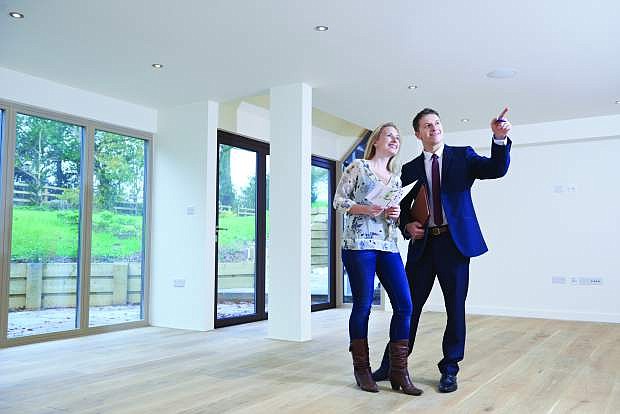 A real estate agent shows a client a property.