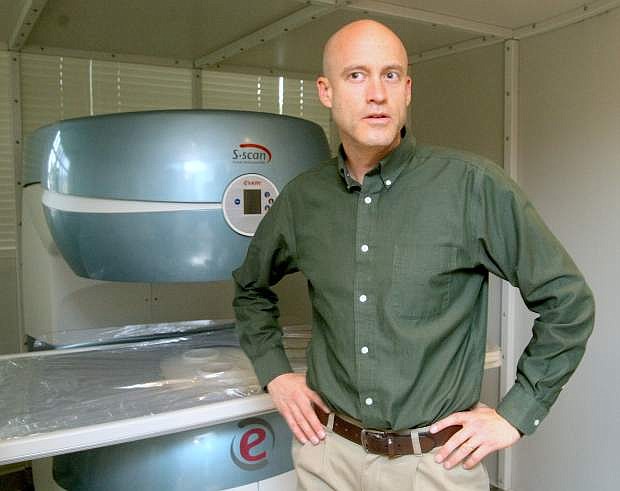 Chris Greenman, an administrator with the Tahoe Fracture and Orthopedic Medical Clinic talks about the new open MRI machine being installed at the facility.