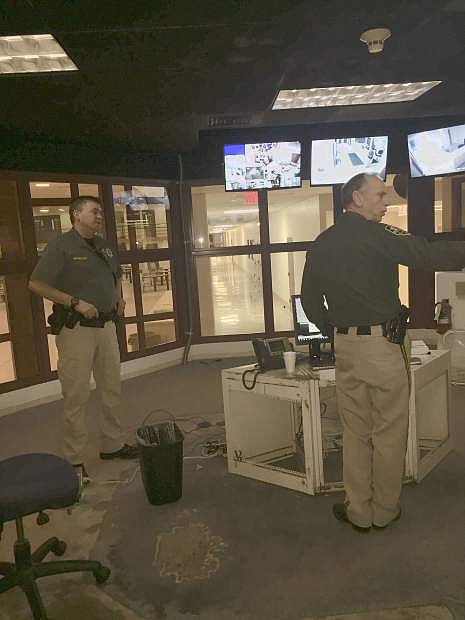 Carson City Sheriff Ken Furlong stands with one of the jail segeants during the remodel of the Carson City jail&#039;s systems. The new system will replace the old control systems for tha jail and put in new touchscreen and updated locking systems.