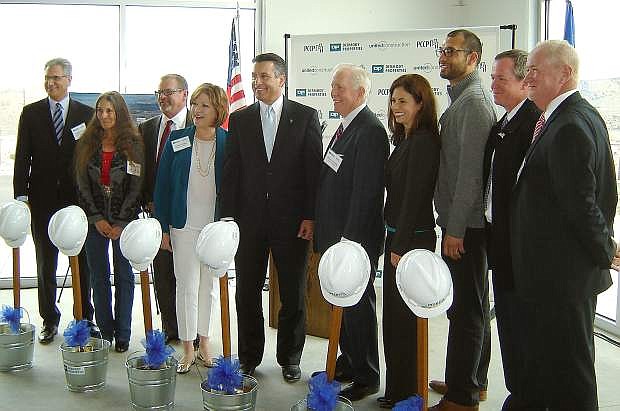 Gov. Brian Sandoval, fifth from left, and Michael Dermody sixth from left, are accompanied Wednesday by representatives of government and business partners at the symbolic ground breaking for Dermody Property&#039;s LogistiCenter at 395 Phase 2.