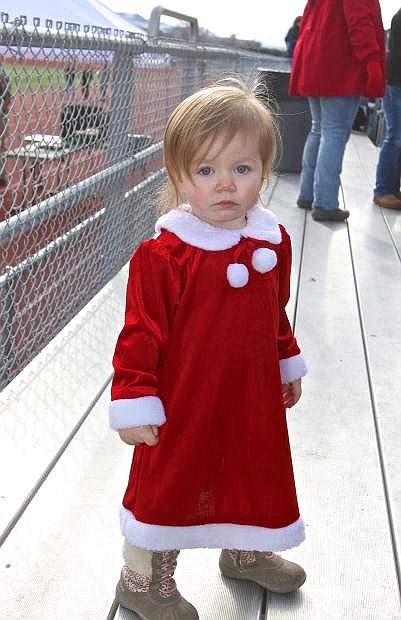 Kaylee Rogacs, 18 mos., is ready to be part of the human Christmas tree at Carson High Saturday.