Carson City’s MAC not much on fluff, big on space 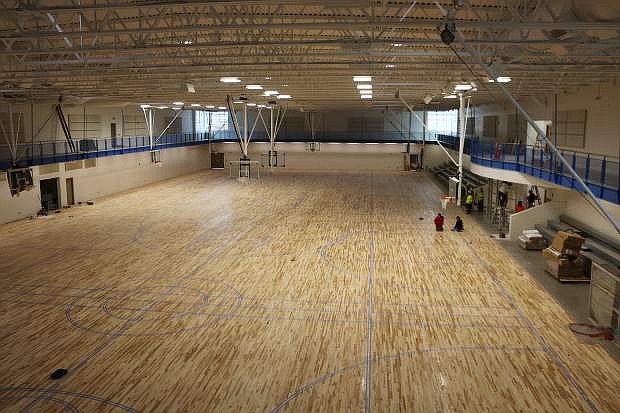 Looking down from the walking track at the 24,000 square hardwood basketball courts inside the Carson City MAC.