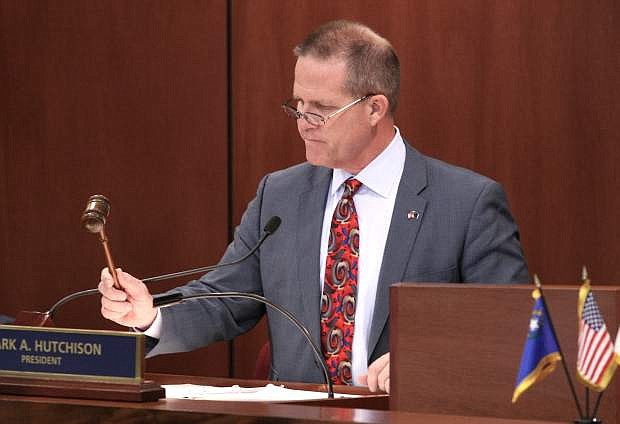 Lt. Gov. Mark Hutchison presides over the Senate on the opening day of the Legislature on Monday.