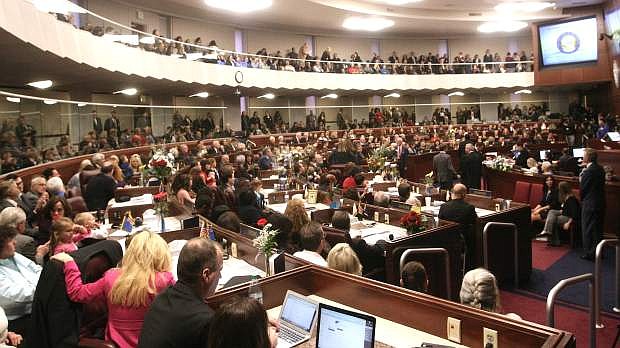 The Assembly Chamber is filled during the 2015 Legislature.