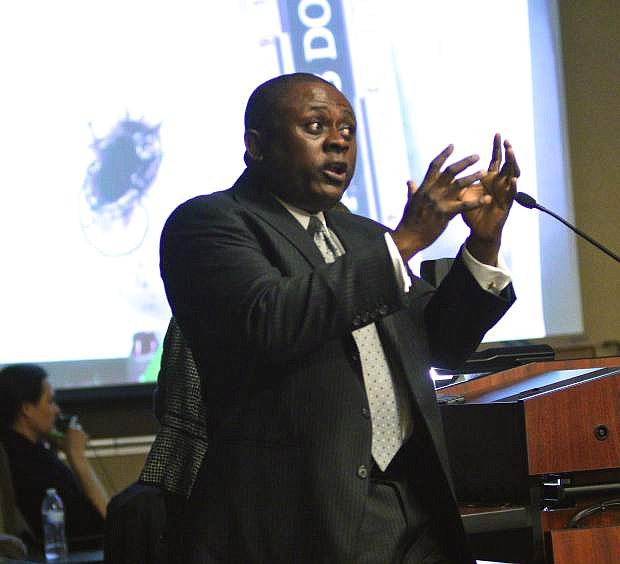 Dr. Bennet Omalu, forensic pathologist and witness for the defense, explains to the jury how Harry Leibel could have taken his own life as shown by photographic evidence behind him Wednesday in Gardnerville.