Most of Vegas Clarion hotel-casino imploded 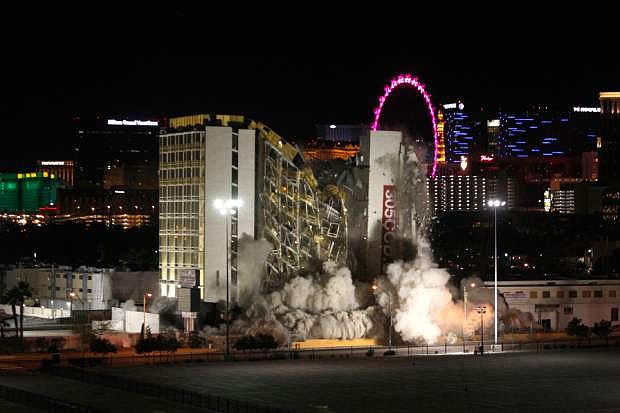 The Clarion hotel and casino is imploded, early Tuesday, Feb. 10, 2015, in Las Vegas. The 200-room casino-hotel opened in 1970 as the Royal Inn and was called the Debbie Reynolds, for its one-time owner, as well as the Greek Isles and the Paddle Wheel. The Clarion is the first hotel to be imploded since 2007. (AP Photo/Las Vegas Sun, Steve Marcus)