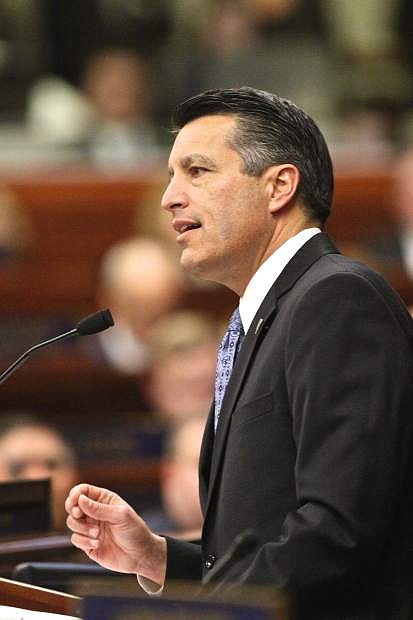 Governor Brian Sandoval speaks to the crowd Thursday night in Carson City in a State of the State address that focused heavily on education in Nevada.