Uncertainty in Nevada as federal highway funding in limbo 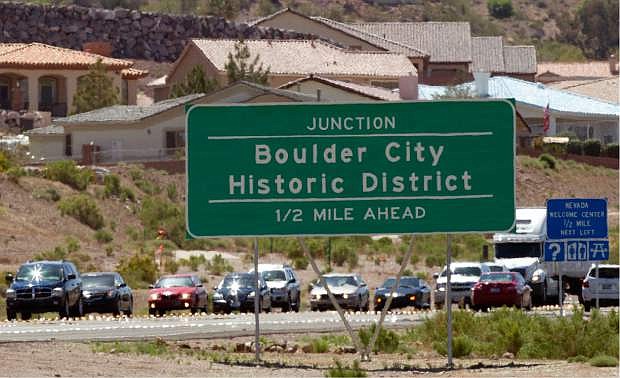 FILE - In this April 10, 2011 file photo, traffic backs up heading southbound toward Lake Mead on U.S. Highway 93 in Boulder City, Nev. This southern Nevada region is marred by roads with traffic so jammed along the Nevada-Arizona border that it tells a different story about the political will to maintain 21st century infrastructure. (AP Photo/Julie Jacobson, File)