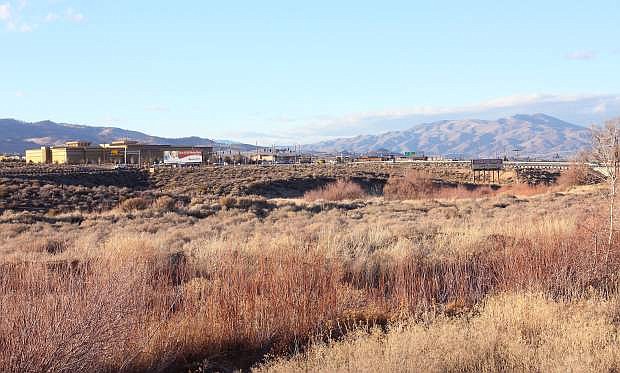 This 101-acre parcel at Highway 395 and Geiger Grade, which includes Steamboat Creek, foreground, is slated for mixed-use commercial and residential development.