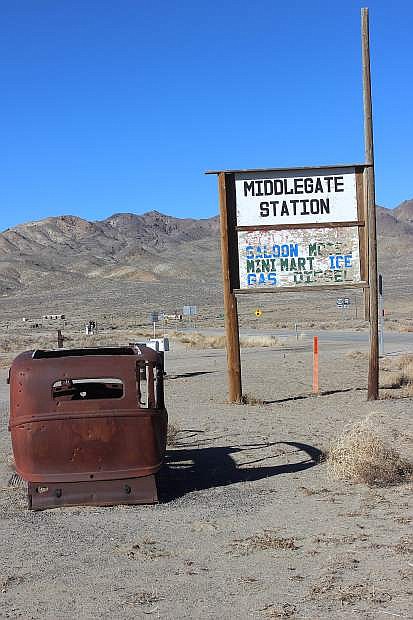 An old, rusted car keeps watch on the Middlegate sign.