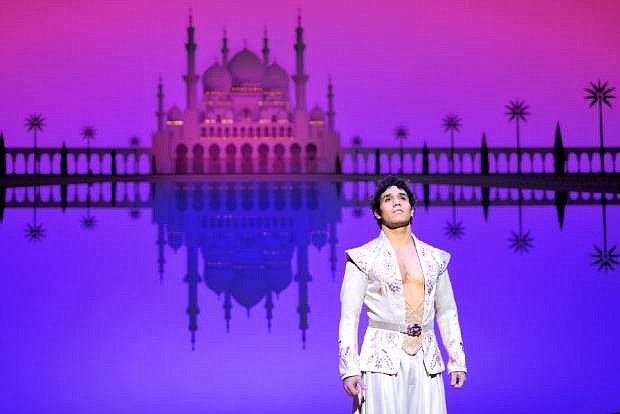 In this Dec. 19, 2013 photo released by Disney Theatrical Productions, Adam Jacobs performs in the musical &quot;Aladdin,&quot; at the Ed Mirvish Theatre in Toronto, Canada. Jacobs will help represent the show Thursday when it appears as an entire category of answers on the quiz game show &quot;Jeopardy!&quot; The game show has long given Broadway a boost since its debut in 1984, offering such categories as &quot;Broadway Musicals&quot; and &quot;Pop Singers on Broadway.&quot; (AP Photo/Disney Theatrical Productions, Deen van Meer)