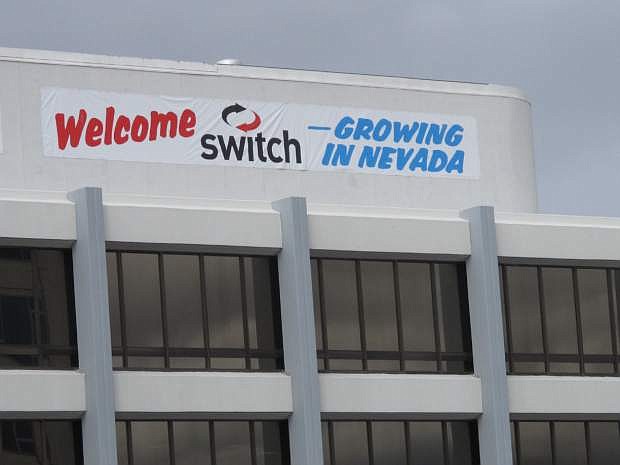 The managers of the US Bank Building who erected a banner to welcome Tesla Motors to northern Nevada added a sign on Friday, Jan. 16, 2015, for the Las Vegas-based Switch after the company announced plans to build the biggest data storage center in the world east of Reno. The $1 billion facility is planned at the same industrial park where Tesla is building the biggest lithium battery factory in the world to power its electric cars. (AP Photo/Scott Sonner)