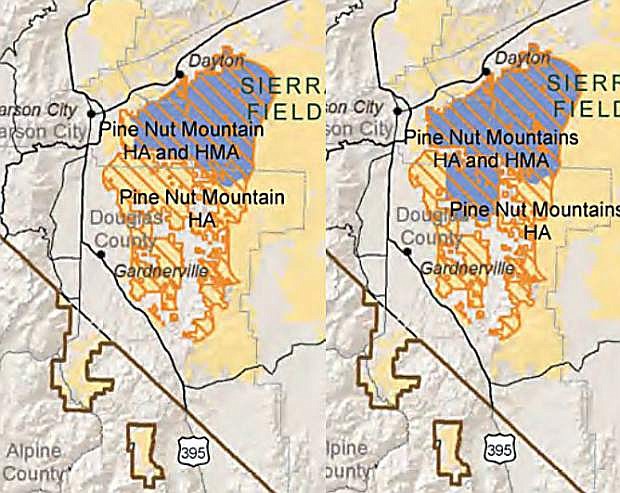 One of the alternatives included in the BLM&#039;s draft resource management plan includes the expansion of the Pine Nut herd management area south into Douglas County. The pesent area, in blue, lies well north of Fish Springs which is frequented by a band of horses.