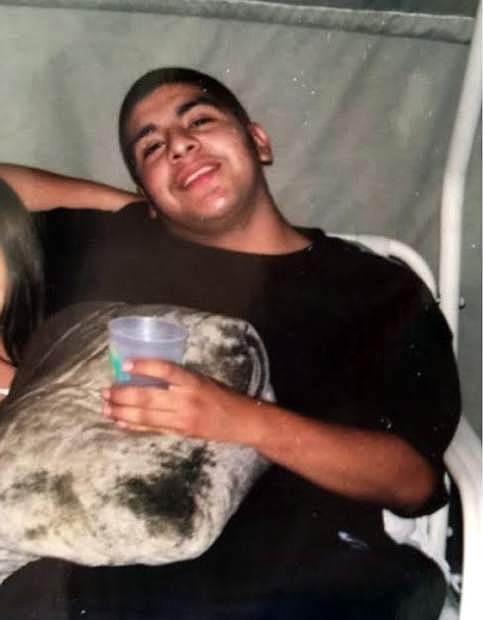 FILE - This undated photo provided by attorney Alexis Plunkett shows Nevada state prison inmate Andrew Arevalo, 24. Arevalo who was wounded by a shotgun blast in a November incident that killed another prisoner has filed an excessive force lawsuit against the Nevada Department of Corrections, guards and supervisors. (Alexis Plunkett via AP, File)