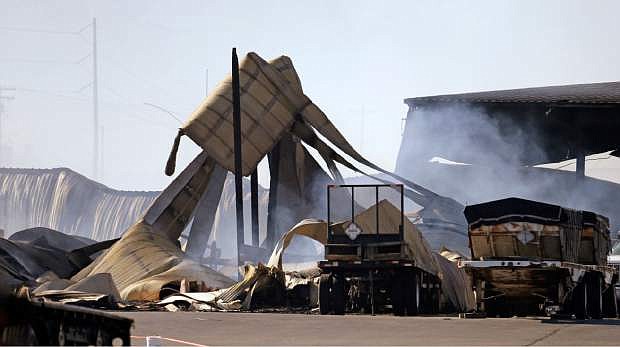 Several warehouses continue to smolder, from a fire thought to have been sparked by embers from a wildfire that hit homes on a nearby hillside, Tuesday, June 30, 2015, in Wenatchee, Wash. Two dozen homes were destroyed in a fast-moving wildfire Sunday night in Wenatchee. A handful of businesses also were destroyed when flames spread to the downtown core. (AP Photo/Elaine Thompson)