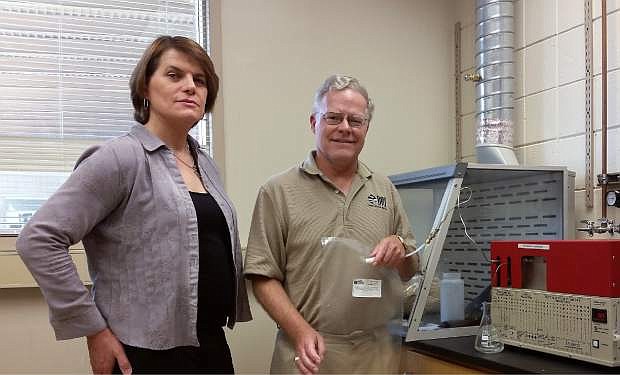 Lauren Scott, left, CEO and founder of Alkcon Corporation, with Kent Hoekman of Desert Research Institute with a gas analizer at DRI used to test gas samples from Alkcon. Hoekman, who has a Ph.D. in organic chemistry, is a technical advisor to Alkcon regarding the company&#039;s patent pending process to convert methane to biopropane.