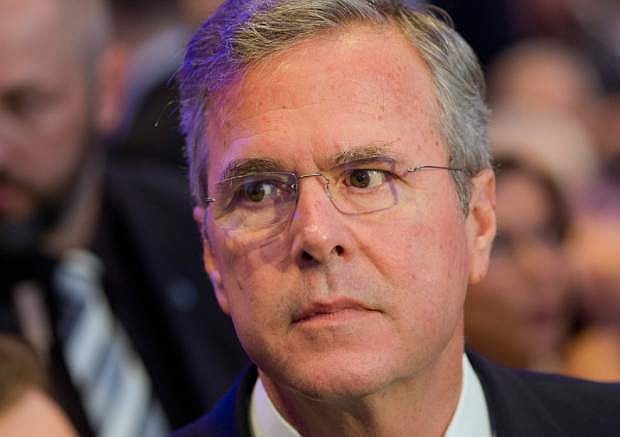 Former US Governor Jeb Bush arrives for the Economic Council in Berlin, Germany, Tuesday, June 9, 2015. The Economic Council is a German business association representing the interests of more than 11,000 small and medium sized firms, as well as larger multinational companies. (AP Photo/Michael Sohn)