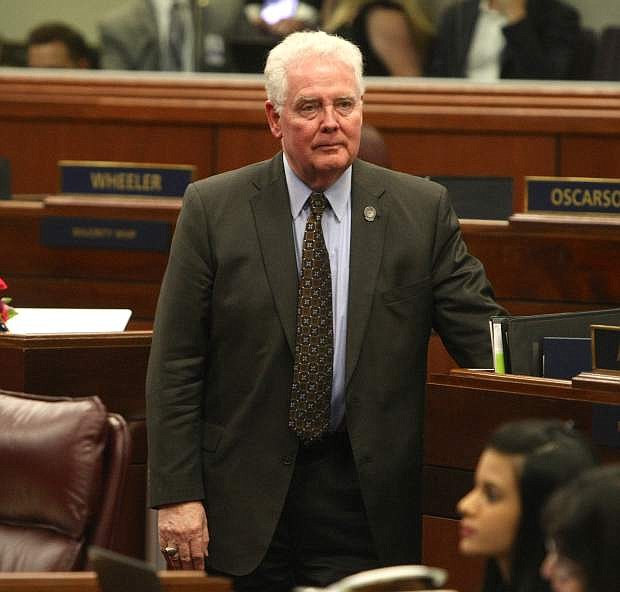 Assembly Speaker John Hambrick looks over the Assembly Chambers during a recess on the last day of the 2015 Legislative session Monday.