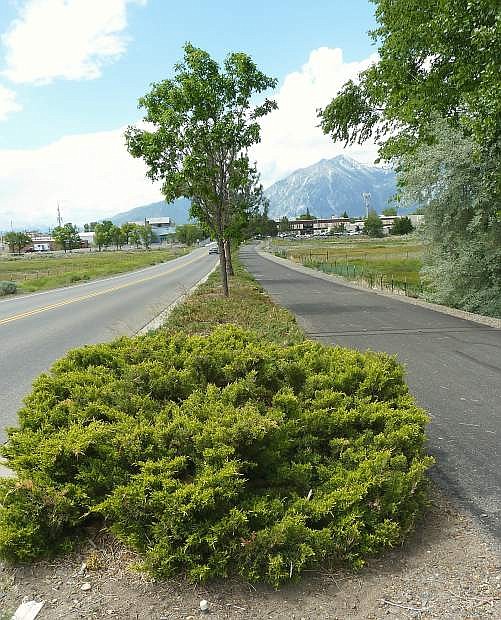 Minden officials are proposing to remove the junipers from the landscaping between Buckeye Road and and th walking trail.