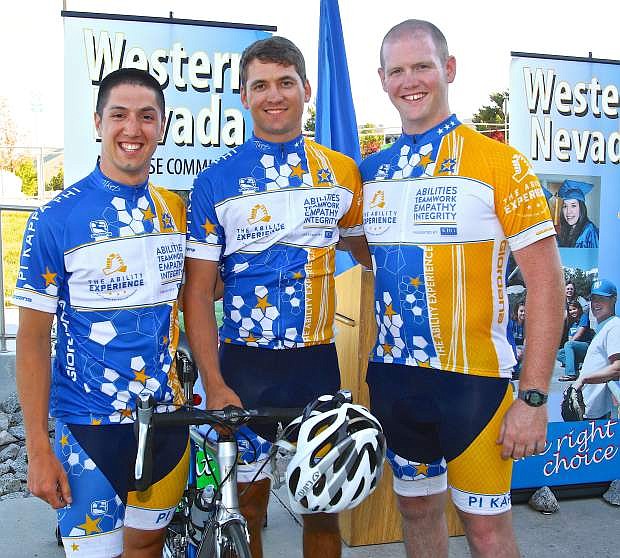 Matthew Rivera, U. of Toledo, Kade Campbell, Auburn Univ., and Jeremy Roy, Univ. of Mississippi, participate in the Journey of Hope Friday at WNC, a cycling trek that raises funds and awareness for people with disabilities.