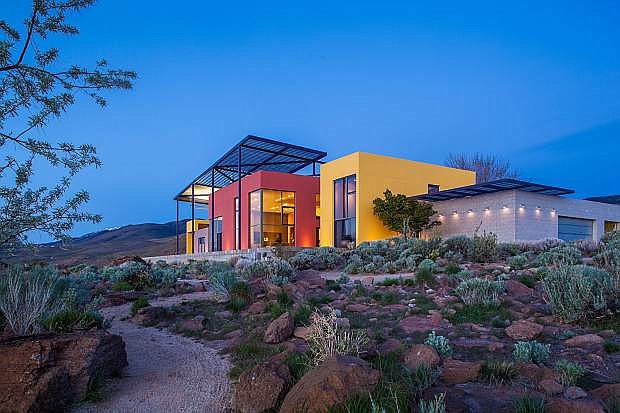 The Stremmel House, seen at sunrise in the hills northwest of Reno, is the most published home in Nevada and now it&#039;s for sale.