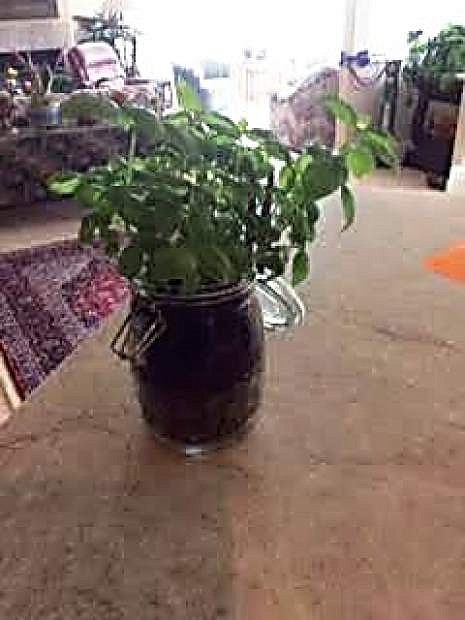 Basil and other herbs can be planted in Mason jars for another take on an indoor garden.