Carson City Battle of the Badge fights for blood 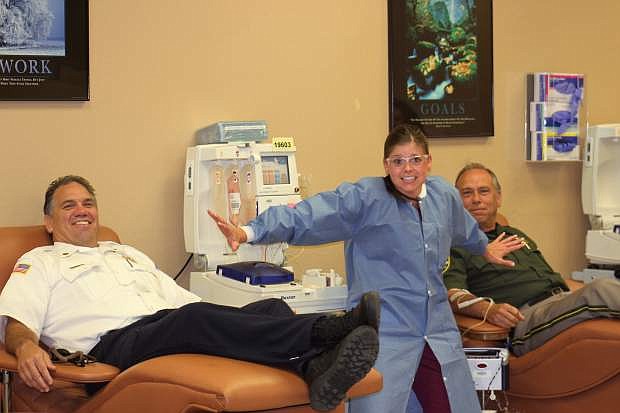 A nurse keeps the peace as Fire Chief Bob Schreihans and Sheriff Ken Furlong &quot;battle&quot; to donate blood for the United Blood Services in Carson City. Both the Sheriff&#039;s Office and the Fire Department will be participating in the Battle of the Badge blood drive on June 30.