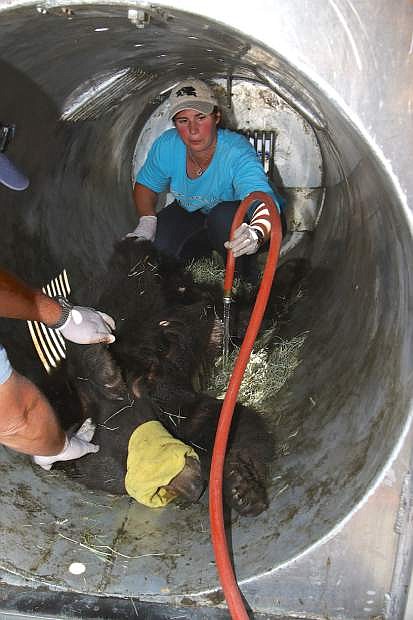 Heather Reich of NDOW keeps a tranquilized bear cool by soaking it with cold water Friday in Minden.