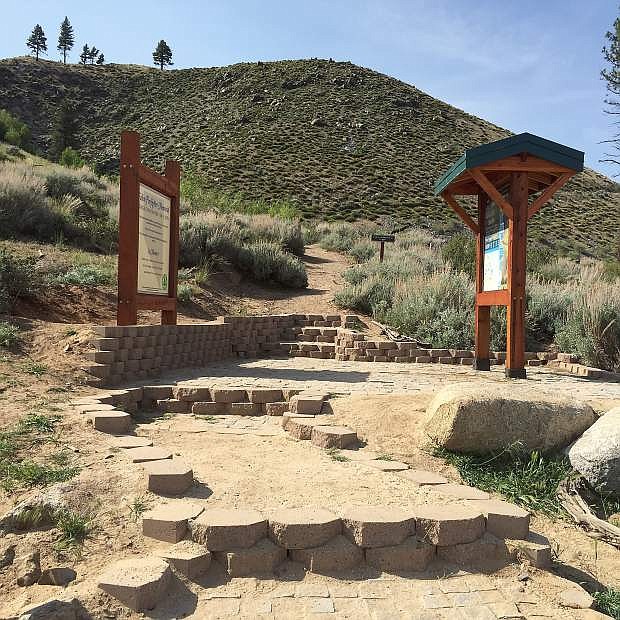 The firefighters memorial at the Kings Canyon/Waterfall Trailhead.