Carson City woman thanks McDonalds through song and dance 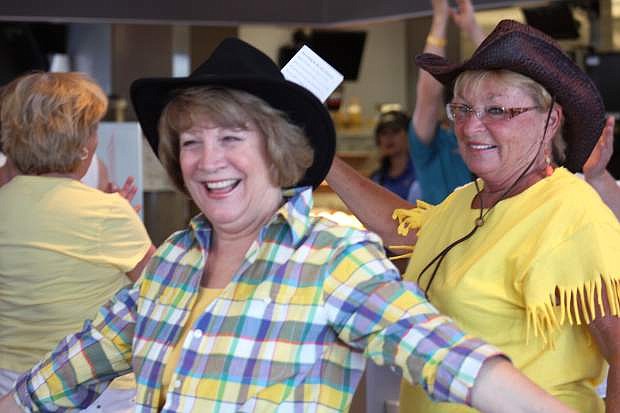 Chris Perdomo and Carol Tierney sing as they do the Big Mac Boogie as a way to thank McDonalds. Tierney won a coupon for 50 free Big Macs and was using the last 20 Thursday morning at the Winnie Street McDonalds in Carson City.